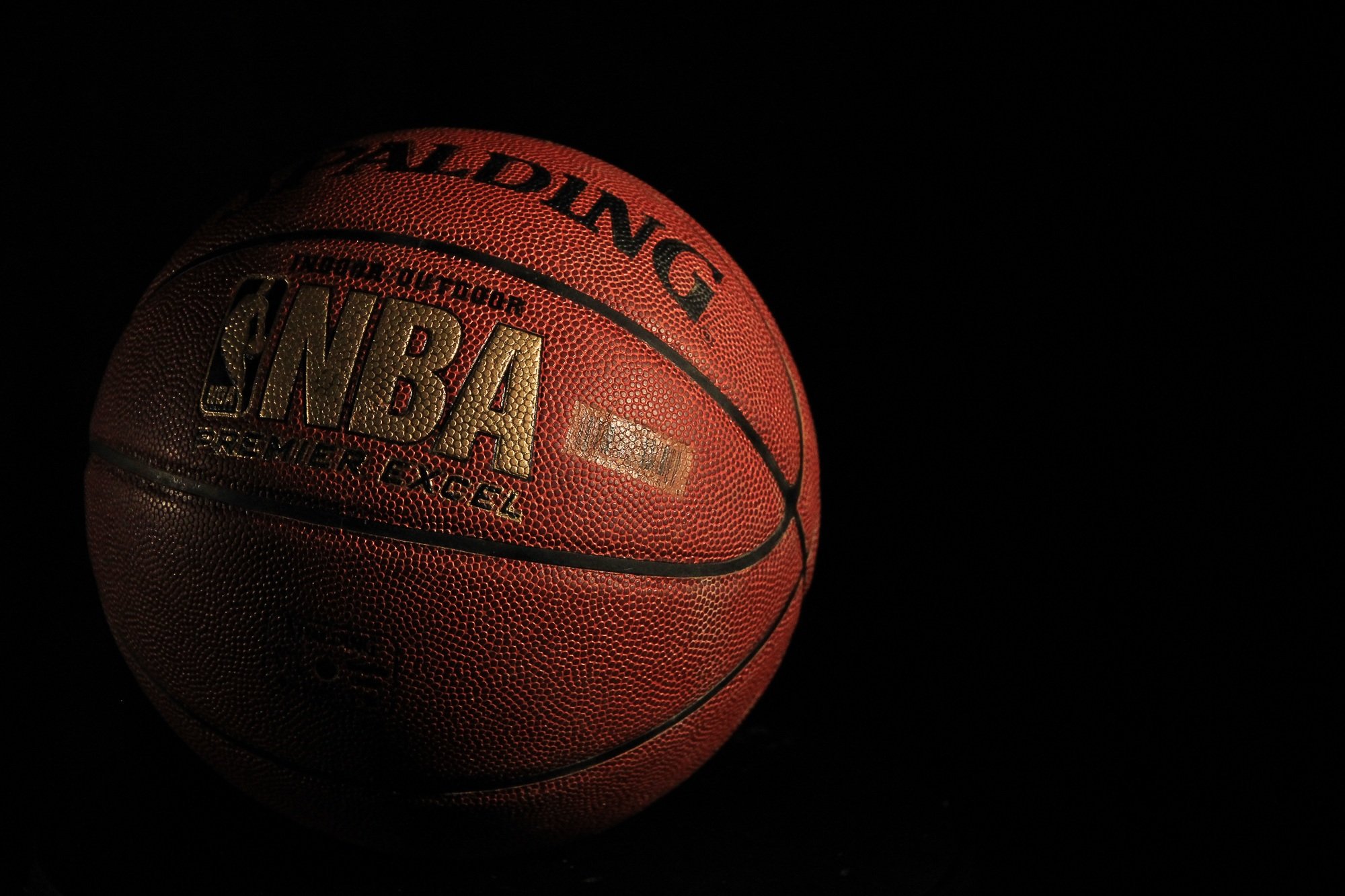 James Harden spent seven and a half years with the Houston Rockets. In mid-January 2021, however, he no longer had any interest in playing for the Rockets. After a loss to the Los Angeles Lakers, the 31-year-old said: „We’re just not good enough. I love this city. I’ve literally done everything that I can. But this situation, in my eyes, can’t be fixed.“

While Harden made deep playoff runs with the Rockets in previous years alongside Chris Paul or, later, Russell Westbrook, and memorably fell just short of making the Finals in 2018, the team of the 2020/2021 season did not match the high expectations of the 2018 league MVP.

Harden wanted to leave – immediately, even though he still had a contract with Houston. He evidently gained weight over his vacation, which is why Houston found the decision to comply with the transfer request of their best player a little easier.

The Brooklyn Nets should become the beneficiary of the circumstances: A total of four franchises were involved in the trade that sent Harden to Brooklyn on January 13. Although the Nets had to give up three 1st-round draft picks (2022, 2024, 2026), four 1st-round pick swaps (2021, 2023, 2025, 2027) and valuable performers Caris LeVert, Taurean Prince and Jarrett Allen, Harden completed the super team around Kevin Durant and Kyrie Irving in return. The Rich got richer.

The Miami Heat had three superstars in one team with LeBron James, Dwayne Wade and Chris Bosh between 2010 and 2014. The Golden State Warriors between 2016 and 2019 with the aforementioned Durant, Stephen Curry and Klay Thompson can also be called a super team.

Durant’s time with the Warriors was crowned with success, he won two championships and was twice named Finals MVP. Still, many observers worried that the superstar trio of him, Harden and Irving wouldn’t be getting along and that there might be conflicts if one star would take significantly more shots than the others.

All three, after all, are ball-dominant scorers – though each could lay claim to being number one. In addition, many doubted the Nets defensive output, as Irving and Harden are not known as defensive stoppers.

Before the three were seen on the floor together for the first time, the discussion about the super team’s chances of success ranged between two extremes: In the worst case, the team would fail to reach its full potential due to bruised egos and an unchecked need for recognition. In the best case, the individual strengths of the stars would lead to an unstoppable offensive spectacle.

Whenever the three were ready for action, however, the positives outweighed the negatives: the Nets‘ offense overran their opponents, while defensive lapses were not a big factor. The problem: Durant, Harden and Irving played only eight games together in the regular season. Of the 72 games until the playoffs, Durant played 35, Harden 44 and Irving 54.

After Durant tore his Achilles tendon in June 2019, he had to sit out an entire season. One of the most serious injuries in basketball, few NBA players could reach their old level after this diagnosis. Not so Durant. The dynamism and scoring ability with which the meanwhile 32-year-old re-entered the NBA stage from December 2020 was impressive.

In the regular season, Durant averaged 26.9 points on phenomenal shooting percentages (53.7 percent from the field, 45 percent from behind the three-point line). However, due to a thigh injury, the 2.08-meter lanky player was once again unable to play for an extended period of time. James Harden (24.6 points; 10.9 assists) and Kyrie Irving (26.9 points; 6.0 assists) were also very productive – when they played.

Brooklyn finished second in the East with 48 wins and 24 losses, which is why they faced the seventh-seeded Boston Celtics in the first round of the playoffs. In the best-of-seven series, the Nets left no doubt about their success and defeated Boston with a comfortable 4:1.

In the 130 playoff minutes the three stars played together, the Nets scored 22.1 points more than their opponent on 100 possessions. The quality paid off. The Milwaukee Bucks, who were the best team in the East after the regular season in 2018/2019 and 2019/2020, but were defeated in the Conference Finals at the latest, were waiting for the Nets in the next round.

The first damper for Brooklyn came 43 seconds into the opener. James Harden strained his thigh and was unable to continue playing. In addition, he also missed games two, three and four. Despite that, the Nets won the first two games with Durant and Irving, including the second by a comfortable 39 points. In the middle of game four, though, Kyrie Irving suffered an ankle injury, as a result of which he was forced to watch the rest of the series from the bench.

When Harden returned in the fifth game, he was visibly limited. His smoothness and quickness were gone, as was his accuracy. He missed each of his eight three-point attempts in the fifth game and hit only five of his 17 field goals in the decisive seventh. He didn’t seem ready to play competitive basketball.

„I played with a second-degree thigh injury. I was basically playing on one leg. I couldn’t even test it, I did it during the game,“ Harden remarked after the series. Nevertheless, Nets coach Steve Nash had his playmaker play through the entire game with the exception of a short throw-in play.

Durant braces himself against playoff exit

Durant played every single second in the seventh game, which lasted 53 minutes after he himself sent the game into overtime with a miracle throw. Even Bruce Brown, who played about 22 minutes per game in the regular season, got 52 minutes of action. While the coach had relied on Nicolas Claxton and Mike James at the beginning of the series, the two played no role in the final duels.

The seventh game was hard to surpass in terms of excitement. The players on both teams rushed after every ball as if they were leaping soccer goalkeepers. Milwaukee’s PJ Tucker bothered Kevin Durant when he received the ball, when he dribbled, in the low post and made it difficult for him to make any shot.

Durant, however, didn’t care. His size advantage over Tucker and his ability to hit throws from just about anywhere in the half court were a constant threat. Durant converted 17 of his 36 field goals and scored a total of 48 points.

However, if Durant had been wearing a shoe size of 43 instead of a 53, his spectacular fadeaway shot at the end of the fourth quarter might have been counted as a three instead of a two and the Nets would have advanced to the next round. But the game went into overtime, in which Brooklyn could only contribute two more points. The Nets‘ last ten shot attempts were all off target.

Fatigue caused by the short rotation and injury concerns also ultimately tipped the scales in favor of the Bucks, but Milwaukee coach Mike Budenholzer also trusted an increasingly smaller lineup of players toward the end of the series. Furthermore, the Bucks grabbed 18 offensive rebounds, which led to 22 second-chance points. The Nets, on the other hand, grabbed just 11 offensive rebounds.

For Milwaukee, two-time season MVP Giannis Antetokounmpo put up a stellar performance with 40 points, 13 rebounds and 5 assists, but he acknowledged Durant’s performance as well: „I said it a few days ago, he’s the best player in the world. And he still is,“ said the Greek.

As the hottest contender for the NBA title, the Brooklyn Nets did not live up to their standards in the end, but given the injuries, the endeavor had become very difficult.

„We’re missing Kyrie. James is playing on only one leg. And yet, we could have won. I think we just faced one too many obstacles this year,“ was Nash’s conclusion. The personnel failures could not be compensated for – this time not even by the precious shooter Joe Harris, whose outstanding season three-point rate of 47.5 percent against the Bucks dropped by 15 percent.

With Spencer Dinwiddie, who averaged 20.6 points last year, another key player was out for almost the entire season, including the playoffs. According to information from Adrian Wojnarowski (ESPN), Dinwiddie chose not to exercise his player option for another year in the Nets‘ jersey.

Consequently, the 28-year-old Dinwiddie becomes a free agent and could potentially sign with any NBA team. Whether Blake Griffin and Jeff Green will remain in New York’s densely populated district beyond this summer remains to be seen.

The Nets, on the other hand, have the longer leverage with defensive standout Bruce Brown. Brown will become a restricted free agent this summer. That means the Nets can match any offer from another team – if they want to. Financially, Brooklyn has already hit the salary cap this year.

Currently, the cap is $109 million, but it can still be exceeded by paying a luxury tax. For the 2020/2021 season, no franchise will have to pay more luxury tax than the Nets: around $95 million. This will probably not change much in the coming seasons.

Durant, Harden and Irving are all under contract in Brooklyn until 2022. Each of the three can also exercise a player option for 2022/2023. Nevertheless, the Nets would like to extend their contracts with the trio early. They would remain title contenders in the next few years, should the stars not get injured again at inconvenient times.

The three can decide whether they want to become free agents in 2022 or whether they each want to sign a contract extension until 2025/2026.

Durant is 32 years old, Harden is 31 and Irving is 29. The physical burden will increase in age and the trio’s susceptibility to injuries should continue to be an issue, but in terms of potential, the Nets should remain the best NBA team – should they be able to keep their core together.

After the previous season ended in mid-October 2020 due to the Corona pandemic and not in mid-June as usual, the regular season of the following season was reduced from 82 games to 72 games. The season that is currently still in progress began as early as December 22, 2020.

The Miami Heat and Los Angeles Lakers, as finalists, had just 71 days between the two seasons. Hardly any time for rest, thorough preparation and test games.

A possible seventh Finals game would take place on July 22 this year. For the 2021/22 season, the NBA is reportedly eyeing a return to the old schedule – with the season starting in October and the Finals in June of the following year.

For the players participating in the Tokyo Olympics, however, the burden is not exactly lessening. One can only hope that as many stars as possible will be available again for next year’s playoffs. Brooklyn Nets fans will certainly keep their fingers crossed.